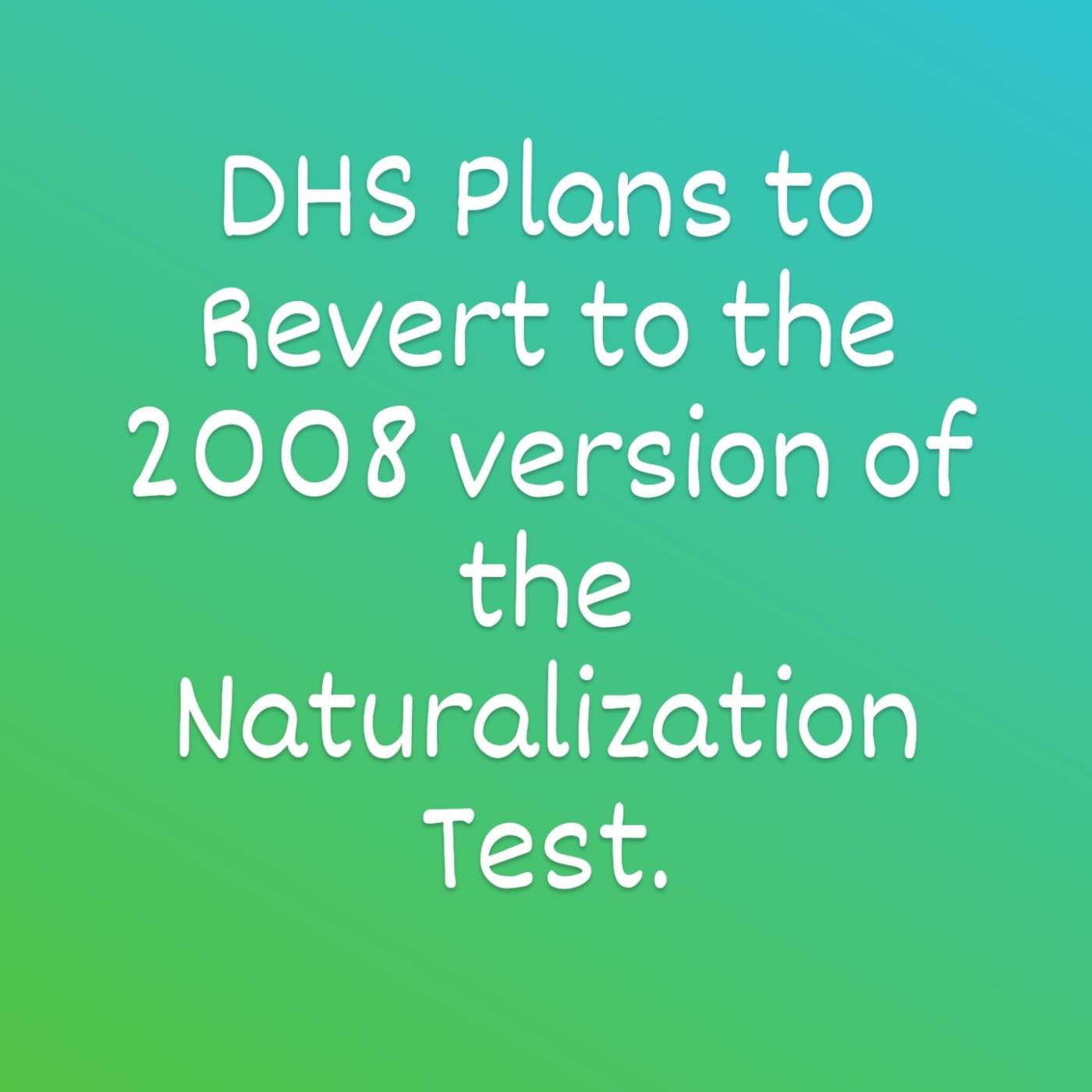 The first step to becoming a U.S citizen is becoming a permanent legal resident (getting a Green card). The second step is Naturalization, for which a green card holder is required to pass a naturalization test administered by the USCIS.

The naturalization test has two parts: One is the English test, and the other is the Civics test. For the USCIS to approve a Naturalization application, the applicant must pass a U.S Civics and history test and demonstrate the ability to read, write and speak in English.

On December 1, 2020, the USCIS implemented changes to the Civics part of the test. The changes make the test more challenging to prepare and pass. The USCIS plans on using the new test for all the Naturalization applications filed after December 1, 2020. But USCIS would continue to use the same version for 65 or older applicants and have been a permanent lawful resident for at least 20 years.

However, the latest news from an internal USCIS document states that the agency plans to revert to the 2008 version of the Civics test.