Two days are just not enough to explore Colorado.

This is one of the longest (in terms of days) and largest (in terms of people) trips I have been to in The United States. We have covered Four states (Colorado, New Mexico, Arizona & Nevada) in a  span of 10 days. 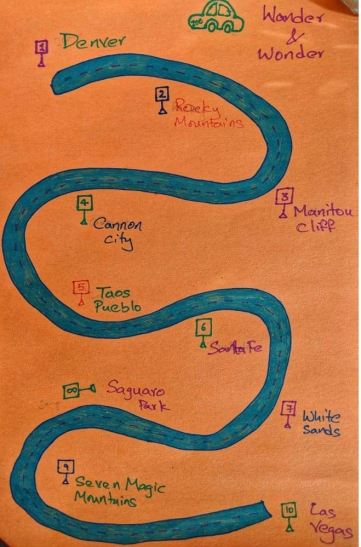 Let me tell you – two days in Colorado is not enough to relish such a beautiful state. ! However, if you are a first time visitor then this itinerary should do justice to Colorado. I divided my first two days in Colorado between Rocky mountains and Colorado Springs. I have missed a few things which I will put on the list for you to cover.

We stayed at Alphine Ridge Inn which is really close to The EAST entrance (Estes Park) of Rock mountains. Most people spend two-three days just at the Rocky Mountain National Park.

There are four entrances to this national park and it might get confusing if you do not have all the information regarding the park because you might end up going through the wrong entrance and wasting a lot of time.

The two entrances to the east are better than the west entrance is what I have read from various sources. Initially, when I was beginning to plan, I wanted to see the entire park – But, given the time constraints I wanted to stick only to the east entrance from Estes Park.

I have also read about the numerous hike options in Rocky Mountains and have opted To hike the dream lake which is 2 miles round trip with astonishing views(From the Instagram Pictures). 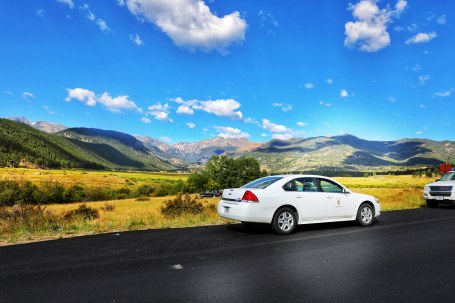 The hike started from Bear lake trial parking. If you have time and the energy for a longer hike, You can get to Emerald lake which extends to another mile or mile and half. 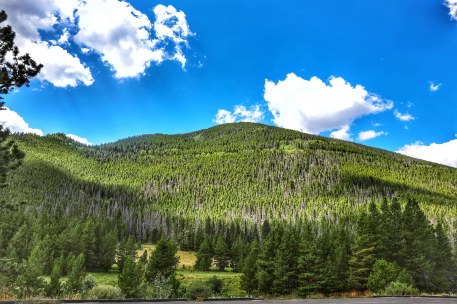 I have read in many blogs/articles about how traffic could affect trips and I haven’t considered it very seriously. Let me tell you – The entire parking was full at 8:00 am in the morning. If you want a parking spot you should be there by 6:00am. Also, if you do not get there before 6:00am just leave your vehicle where the shuttle starts and take the shuttle – There is no point going all the way up only to head down. Rocky Mountains have exceptionally good shuttle service free of cost.  Please Do not forget to carry your own water bottles and also a jacket or a rain coat. Colorado can surprise you with unplanned showers during the day.

Due to the lack of parking and the crowded shuttles, we have decided to go back to the hotel and dint get a chance to hike the Rockies. I am definitely going to come again just for the Rockies. 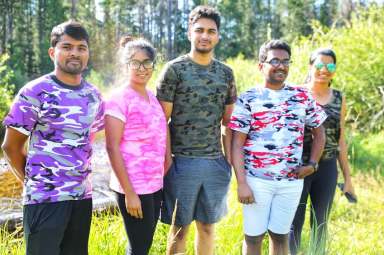 We got dressed up for the scenic drive through the Trial Ridge Road. It is also called the Beaver Meadow National Scenic Byway that traverses Rocky Mountain National Park from Estes Park Colorado in the east to Grand Lake, Colorado in the west.

Let me assure you that the views are breath taking and if you are a photo addict give yourself some extra time to the drive because you will want to take many pictures along the way. ! 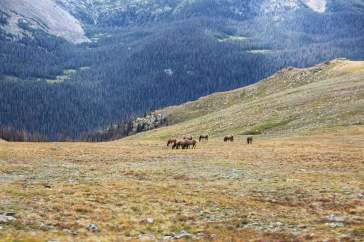 Traveling through Rocky Mountain National Park can be both breathtaking and frustrating. Beautiful views and wildlife abound, but holiday and weekend traffic can make enjoying the scenery tough even for the calmest of drivers.

1)Rainbow Curve: From here you are able to get unique views of Horseshoe Park, Alluvial Fan and the Beaver Ponds.
2)Lava Cliffs: A stunning contrast to some of the lingering snow on  Trial Ridge Road, the Lava Cliffs are the result of some faulting and regional up-warping  and volcanic activity leaving  young volcanic rock in contact with Precambrian rocks
3)Toll Memorial Trail: Located at Rock Cut near the top of Trail Ridge Road the trail traverses across the open tundra. The trail gets its names from Ranger Toll the former superintendent of Rocky Mountain National Park from 1921 to 1929.
4)Rock Cut:come across Rock Cut – a landmark section of the road that cuts through the mountainside
You’ll find so many photo-worthy views, you’ll quickly fill your phone/Camera with pictures and videos! 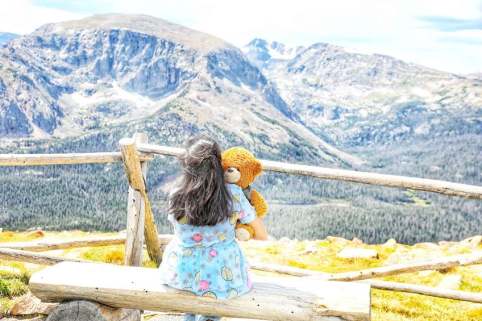 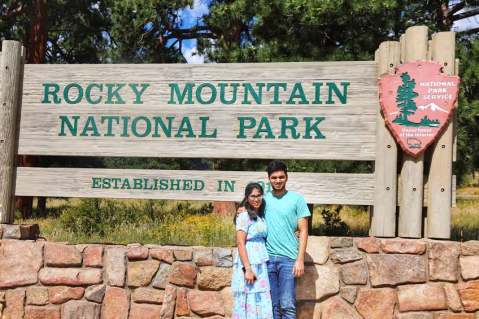 We headed to hit our next destination- The famous Red rocks Amiptheater which can accommodate 1000 people at a time and is considered one of the most unique and largest amphitheaters in the world.

The natural amphitheater which was once listed as one of the seven wonders of the geological world took more than 200 million years to form.  Red Rocks Amphitheatre is more than just the coolest concert venue in Colorado. It’s one of the most unusual in existence. In fact, it is the only naturally occurring, acoustically perfect amphitheater in the world.

Dine with a view: The Ship Rock Grill is the on-site restaurant, built around two huge boulders both inside and out. For breathtaking views, dine on the outdoor deck. You can even book dinner here before your show, or just visit for the photo opps.

Sadly, there was a concert on the day I planned to the red rocks Amphitheater. I vaguely checked the dates of the concerts but forgot updating my itinerary. 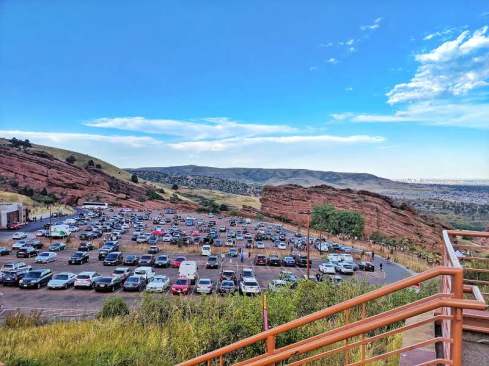 Disappointed, we headed to Red Rocks Open Space. We reached there at around 8:00pm and walked around for about 20 minutes. With the failing light I dint manage to get any good pictures.

Thus we ended the first day of our trip.

The second day I had Garden of the Gods, Manitou Cliff Dwellings and Royal Gorge Train Ride on my to do list. We started at around 8:00 am to the Garden of the Gods. I haven’t planned any adventures on this trip, but this place is popular for hiking, technical rock climbing, road and mountain biking and horseback riding.

The park’s famous red rocks formed millions of years ago due to upheavals in the earth’s surface and erosion. The rocks are conglomerates of red, pink, and white sandstones and limestone. You can travel back in time to learn more about the history of these rock formations by watching an entertaining 15-minute film during your visit to the Garden of the Gods Visitor Center.

There are different varieties of rock formations and you can get the complete guide here. It took us about 2 hours to wander and take pictures at the garden of the Gods. 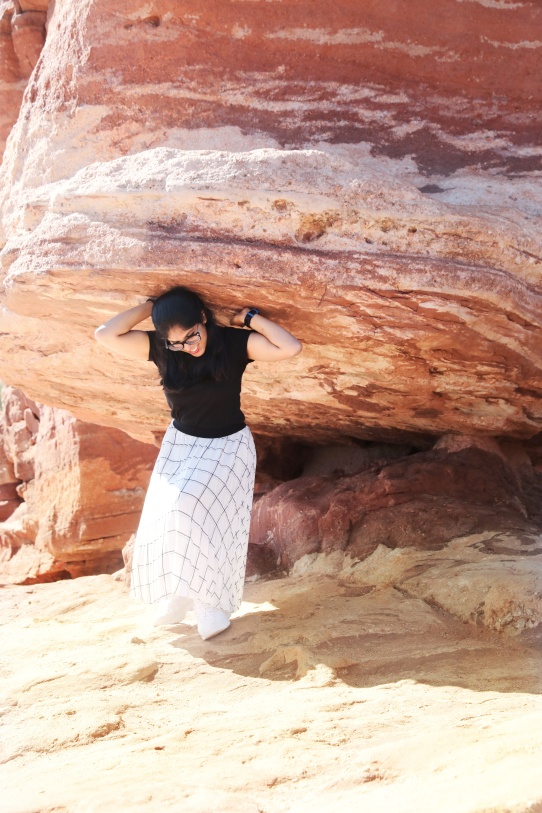 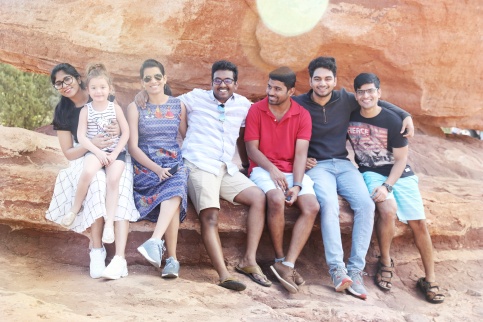 We headed to Manitou cliff Dwellings which are 4miles away from the Garden of the Gods. It took us 10 minutes to reach the dwellings.

The Manitou Cliff Dwellings are a group of relocated Ancestral Puebloan cliff dwellings and museums located just west of Colorado. The process of relocating these cliff dwellings began in 1904 and was completed in 1907 when the preserve was open to the public. William Crosby, the original founder/owner of the Manitou Cliff Dwellings Ruins Company, wanted to preserve and protect these dwellings from looters and relic pot-hunters. His company spent many months mapping out a blueprint of the dwellings in Mc Elmo Canyon.”

So, I have read opposite views about these Manitou dwellings being a replica. These cliff dwellings are not original to the site – they were originally built in the Southwestern corner of Colorado – close to Mesa Verde National Park’s cliff dwellings. They were collected, packaged and moved by railroad from 1904 to 1907 to the Colorado Springs area and rebuilt using concrete and mortar – which is why you can tour, walk on and climb these ruins with no chance of damaging them. 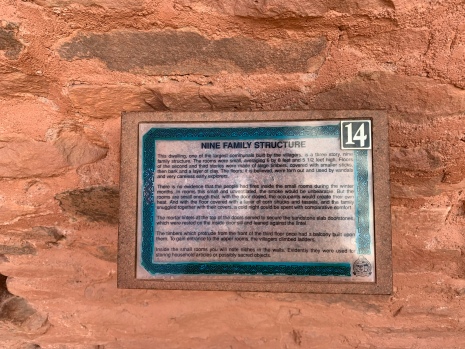 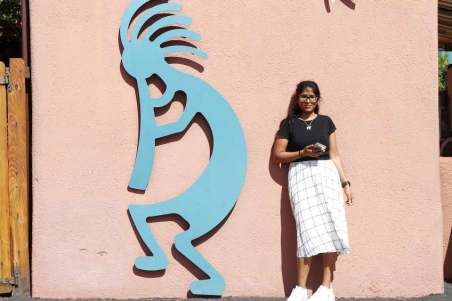 The move was to protect the ruins from looters and relic collectors before the federal government passed The Antiquities Act of 1906. Check the museum for detailed history. 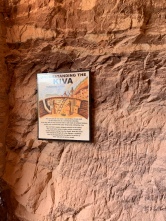 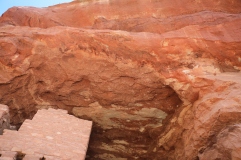 Finally, do not skip the cute gift shop. The chain that I am wearing in the pictures is from that store and all of them are reasonably priced. 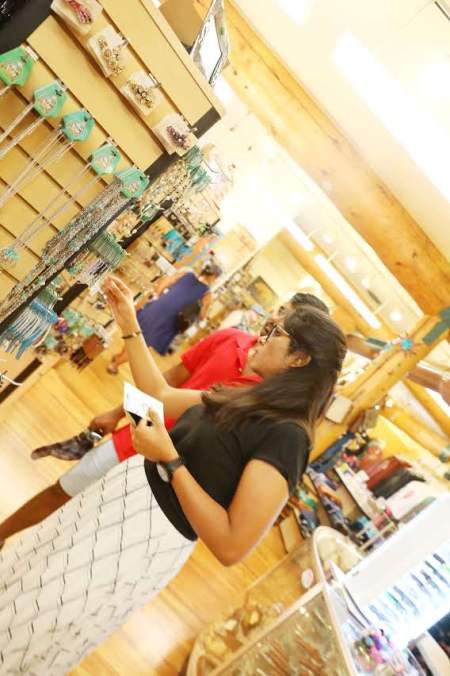 After both of these places you can do the Royal George train ride in noon and Cave mountains in the evening. I did not get tickets for the noon ride – So had to skip and proceed to Taos, New Mexico. I cannot stress how much I miss not going on the train. On this trip I also learnt not to rush things and you should try not rushing too.

You could do Aspen mountains and The city of Fruita if you have an extra day in Colorado. Hope you loved reading as much I enjoyed putting up as much information as possible for you guys.

One thought on “Two Days in Colorado !!”